If you’re a fan of early sci-fi indie films like Shane Carruth’s PRIMER and Darren Aronofsky’s PI then Sleep Dealer is right up your alley, its like a Mexican Matrix or THX 1138.

the concept is quite interesting: in a world where borders are broken down by communications and internet… some other borders (such as human migration) remain firmly shut. yet, with technology – certain nations can access these human resources but without having to deal with the cultural issues associated to migratory groups.

the trailer indicates a almost dystopian future in the manner of The Matrix, and Blader Runner.

Spore is finally, almost, upon us. We had a chance to play the full version at this year’s E3, but on Sunday, players around the world will discover what happens when a game of epic scope and unparalleled ambition actually lives up to years of hype. Most players will be content to create a spastic race of brightly colored Muppets, or a more random, dog’s breakfast of spiny bits and oddly placed eye-stalks, and dutifully grind through the various stages of the game.

spore is potentially the best and original game to come out in a long time.

TED.com covered this some time ago…. 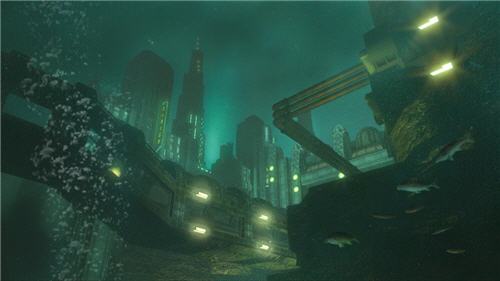 I found this site which collects the top movies that prophecies a dystopian future. dystopia is the opposite of utopia whereby the world descends close to chaos.

some of my favourite sci-fi flicks are in the list including blade runner, minority report, the matrix, twelve monkeys, serenity, ghost in the shell, akira, gattaca, dark city etc.

I remember Blade Runner when it was launch. I was in Tokyo and at the same was E.T.

Like everybody’s memory of Blade Runner, the film was basically pummeled by E.T. (the other science fiction film at the time). Although I would not watch the film until about 4 years later, I did know that a lot was expected of it.

It had Harrison Ford (hot from Star Wars, and Raiders of the Lost Ark). Also starring were Daryl Hannah and Rutger Hauer. The film was directed by Ridley Scott (hot from the ground breaking sci-fi horror Alien, and soon to make many other films and even the Apple Computer 1984 advert). It was launched at a time when sci-fi was cool.

Sadly, due to a variety of reasons the film bombed – only to be resurrected and become one of, if not THE, landmark sci-fi film of all time. The film will soon be relaunched as the “Final Cut” – ie the preferred cut as intended by Ridley Scott.

The film also followed (or paved) a similar fate for the author (Philip K Dick) on whose book (“Do Androids Dream of Electric Sheep”) the film was based. Philip K Dick died before the film launch… but his digital age / cyber punk books became material for many other sci-fi films such as Total Recall, Paycheck, Minority Report, Next and a few others.

Now his children are getting more involved in the future films of Philip K Dick in order to ensure the quality of his work to be properly brought to life on the silver screen.

This is a nice video montage of the morphing faces of women in hollywood films. all in b&w, but very nicely done.